Eating our way to Extinction

This was made by a Guest Post to discuss the dangers Food production can have on our planet!

Climate Change and the Impact on Food production

The effects of climate change on the environment have been disastrous. When it comes to the negative impacts of climate change, melting ice caps, rising sea levels, unpredictable weather, and warmer waters are only the tip of the iceberg. This shift undoubtedly threatens global food production, including substantially increased danger to crops and the fragility of cattle.

Climate change is the centre factor that usually starts or exacerbates these dreadful situations and has a catastrophic effect on food supply, livelihoods, and human health. Many of our food systems are nearing their breaking point as the globe sees more severe climatic impacts on agricultural productivity. In other words, food production is in danger because of climate change. This is a serious but less talked-about issue. In this article, we will examine the impacts of climate change on food production.

Increased use of water

As a result of climate change, rainfall has drastically decreased, thereby forcing farmers in many areas who rely on rainwater for agriculture to adopt all other sorts of irrigation. It is now necessary to switch from rain-fed irrigation to traditional irrigation, which requires a large amount of water, raising prices and causing dispute over water availability.

Even after many years of international commitment, food insecurity and hunger are still prevalent at alarming rates. In 2019, there were more than 700 million cases of serious food insecurity, and the number of people who are undernourished or experiencing food insecurity is increasing by the day, with climatic shocks playing a significant role according to the State of Food Security and Nutrition in the World report. Due to the stiff competition for water and arable land, climate change will increase food costs, diminish food supply, and promote instability and conflict if prompt actions are not taken.

Due to the intense heat, harsh weather, and droughts, agricultural yield growth for the likes of wheat, maize, and other crops has been dropping in several nations. According to some predictions, worldwide yields might decrease by up to 30% by 2050 if significant adaptation is not made. The effects of these changes are expected to be the most severe in war-ridden nations that are already dealing with problems like deforestation, violence, pollution, and other issues. That is to not even mention that the two billion people, inclusive of subsistence farmers and other people living in abject poverty, who do not currently have access to enough food would take the hardest hit.

It won't be long until we hit a global food scarcity crisis. Why? Prolonged and persistent periods of extreme conditions that may result in drought-related stress no doubt reduces crop and livestock output, particularly milk yields as well as fruit crops. This will gradually result in a global scarcity of supplies, which will in turn cause a mass food crisis.

Glaring additional evidences of how climate change is affecting humanity's capacity to produce an abundance of food have appeared on several continents. High temperatures and humidity are ideal for plant-based pests to thrive and even multiply more quickly. The length of winter is dwindling as hot weather lasts longer and it causes crops to be damaged more severely, lowering crop production. It's not just delayed winters.

Too much rain has its despicable consequences too. Extensive regions of East Africa and Southwest Asia are experiencing crop destruction from locust swarms brought on by exceptionally strong and lingering rainfall, which is interrupting food supply. Chinese agriculture is being hampered by flooding, and the government has only done so much to remedy that.

The effect of climate change is like a double-edged sword—it hurts either way. Whether drought or excess rain, extreme climatic conditions can ONLY be favourable to pests and a very few other animals.

Change in planting and harvesting

Planting and harvesting practices will change as a result of fluctuating rainfall patterns, longer summers, droughts, and more severe precipitation events. Due to the late arrival of winter, planting of crops that are typically harvested during the winter season must be delayed, thus altering the quantity of foods that can be available for human consumption.

Because of how rapidly the climate is changing—which is a significant role in soil formation—many vast areas of arable and pasturable regions are seeing changes in their soil profiles. As soil loses nutrients and does not form well enough to be suited for growing crops, it becomes less arable. As a result, farming has unavoidably shifted to higher latitudes, where the land is more fertile, while lower latitude regions are sadly abandoned because of their unproductive profile.

Not only are people at risk from rising sea levels and warmer, dirtier waters, but also fish. While contaminants like acidifications and ever increasing toxic gaseous emissions like carbon dioxide are having a negative impact on the ecology of marine creatures, warmer water is forcing fish to move to cooler climates. Consuming seafood produced under these circumstances puts human health at risk since it raises the possibility of contracting transmittable diseases.

Agriculture itself contributes to climatic change; therefore, one of the ways to battle climate change is to look into agriculture. A recent study by the Intergovernmental Panel on Climate Change stipulates that the production, distribution, and consumption of food account for more than a third of all greenhouse gas emissions worldwide. The bulk of agricultural emissions connected to food production come from raising cattle, then closely followed by growing rice and using synthetic fertilizers. Additionally, the universe is losing essential ecosystems that cleanse greenhouse gases from the atmosphere as more and more grasslands and forests are turned into agricultural land.

We need to drastically restructure our agricultural practices if we want to prevent the worst effects of climate change. The good news is that certain sustainable farming methods provide major prospects for climate mitigation, most of which will also assist farmers in strengthening their resilience against impending environmental shocks.

You can see the points made from the guest post the dangers food production can have on the environment. On my next blog I am going to do a recipe on a curry, which was made without the use of a type of animal product. Going vegetarian (or vegan)  can be a great way to help improve our planet, but also help to improve our diet. But I am very well aware that this can be challenging (as for myself personally, as I grew up consuming large amounts of red meat)

Finally I watched this amazing documentary called Eating our way to Extinction, which also touches the points made from the Guest post,

This can be found on You Tube: 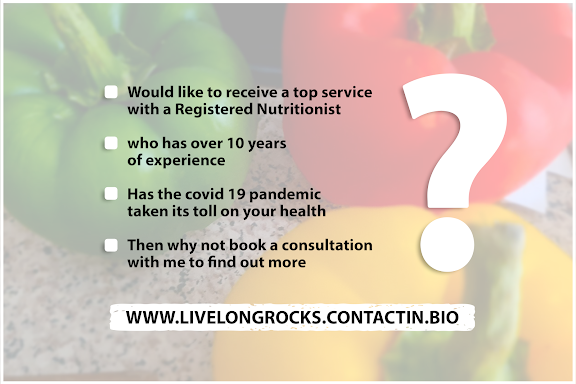