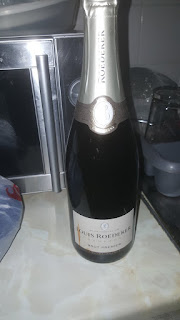 Not only is Christmas a time to eat and be merry, but it is also a time that people can drink to very excessive amounts. This article will explain why it is important to be aware of the dangers of excessive drinking, but also how we can pace ourselves so that we can enjoy a drink, but not drinking into dangerous amounts.

Earlier this year, the NHS (National Health Service) figures showed that alcohol-related hospital admissions have reached record levels in 2010. Over a million people were admitted in 2009-10, compared with 945,500 in 2008-09 and 510,800 in 2002-03. Nearly two in three of those cases were men. At the same time the charity Alcohol Concern predicted the number of admissions would reach 1.5m a year by 2015 and cost the NHS £3.7bn a year. Last year, a study in The Lancet concluded that alcohol is more harmful than heroin or crack when the overall dangers to the individual and society are considered. The study by the Independent Scientific Committee on Drugs also ranked alcohol as three times more harmful than cocaine or tobacco because it is so widely used.

Excess drinking can put a risk to our health, especially in the long term. This can include the following:

Unfortunately during the Christmas period people tend to save their daily allowance and consume high amounts of alcohol in one session. This is called binge drinking. This can highly increase blood pressure to consistently high levels, and this increases the risk of a stroke. According to an article written by the Telegraph woman binge drink more than men, also they are more likely to binge drink in the UK than any other country in Europe. According to the Department of Health (DOH) men regularly drinking more than two pints of strong larger a day are over three times more likely to get mouth cancer, and three times more likely to have a stroke. Women drinking more than two large glasses of wine are two times more likely to have high blood pressure and 50% more likely to get breast cancer. The DOH recommends that men and women should drink the recommended units a day. For a male this is no more than four units a day, and for a female, no more than three units a day. The following points are what is classified as a unit of alcohol.

It is also advised that women should drink less than men because women have more fat and less fluid in their bodies to dilute the alcohol. Overall alcohol becomes more concentrated in women than in men, and could do more damage.

It is very important to stay in control during the festive period, and to stay within the recommended limits. There are other ways to be in control including:

·       Try to avoid buying rounds, as this can encourage people to drink more alcohol more quickly

·       Pace yourself at celebrations, sports events and leaving dos.

Have a good Christmas and New Year!


**I am a Google Helpouts Provider, please contact me for more details**