Another cooking post today!! It has been a while.... So here goes

I am not sure if you remember but there was a period when I was only consuming vegan or vegetarian alternatives , because I had food poisoning and became quite concerned about the situation. So I decided to try various vegan or vegetarian options in my meals. Well I bought far too much, just kept it all in the freezer. So today I decided to bring each food out one by one, starting with this packet that I have attached.
This is birds eye's vegan meatballs, which I purchased a few months ago. I think it was £2. I made spaghetti Bolognese with Lloyd Grossman tomato sauce, and added the meatballs in. It took about 20 minutes to cook it, and it did look like actual meatballs!!
However it did taste nice, but I felt that it was a little bit salty. Looking back at the packaging. I noticed that on the traffic light labelling at the front of the packet, it did  state the salt content was 20% of the recommended Government allowance. So it was given a medium. Which I completely understand as I  felt that it was a little bit salty. I would love to try other birds eye vegan range, as I am keen to keep cooking again, watch this space...

Would I recommend the meatballs? Yes however if you can find lower salt alternatives then I would advise that as I have written many articles, comments on the dangers of excess salt consumption.


Apart from the slightly high salt consumption, it has great benefits including low in fat, especially saturated fat, it takes only 15 to 20 minutes to cook, finally it looks nice!! 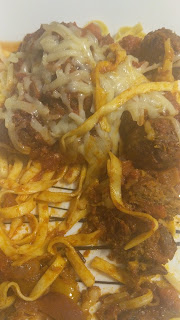 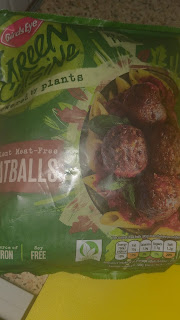