So the Mayor Of London announced  that there would be a ban on advertising of junk on all TFL underground, overground and all of the bus stops in London. This has now been enforced from Monday 25th February.

I think that it is a really positive step forward as we are all aware that the obesity epidemic is increasing all the time and real measures need to be put in to reduce this. Unfortunately we are all not sure what will happen post Brexit the state of the economy, health etc so really pleased that this measure was put in before this.
Also passers by can look at healthier food alternatives Whilst waiting for their trains/tubes/buses

I am thinking of a time when I saw a advert on from protein world, and there was a picture of  a lady wearing a bikini  which stated with the slogan "are you bikini ready? "
Then there was alot of criticism about that which lead to companies doing their own version of bikini ready.
All pictures of that I have attached.
It just shows how the power of advertising can really have alot of influence within people whether good or bad. So it is important to get the right advertising out there
Good job Mayor!! 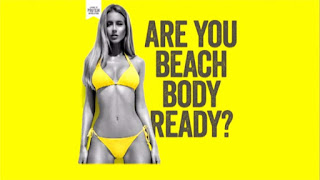